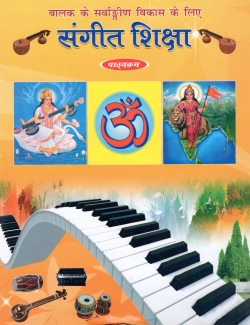 The gradual development of music education in Vidya Bharati schools

In the early 1980s, Shri Lajja Ram Ji Tomar, who was the life of Vidya Bharati, gave the responsibility of planning for the uniformity of the Vandana sung in schools and its recitation, to Vishwaratna, founder principal of Delhi's Geeta Bal Bharti Vidyalaya.

The principal assigned this task to Sri Rajkumar Verma, the music teacher of the school. Sri Verma, along with a few other schools’ music teachers prepared a 10-minute schedule of the Vandana. This included

An audiotape, titled ‘Archana’ was prepared, copies of which were sent to every school of Vidya Bharati.

Awakening of emotional unity with music and respect for provincial languages

In addition to Vandana, 10 songs of different provincial languages ​​of the country were also included in this audio cassette. NCERT’s book 'आओ मिलकर गाएं' was made the basis of this.

It was urged that apart from the language of their province, a song of another provincial language (changed every year) should be taught to the children so that every student who passed class XII learned singing songs of eight-ten languages ​​of their country easily and establish familiarity with those languages.

Vandana continued to improve, based on the experience and suggestions gained after five to seven years. Technology also changed. Audio came on CD from the cassette. Now the CD has come on email. So far 6 editions of 'Archana' have been published.

Determination of songs at all India level

Every year, a Sanskrit song and a Hindi song were set for primary classes and one song for secondary classes at an all India level and the sequence of sending its audio clip over email started.

Music as a basic subject

In the year 1989-90, the theory of physical education, music education, Sanskrit, Yoga, and moral and spiritual education disciplines emerged for the training of ‘Panchamahabhut’, corresponding Panchkosh and their spheres of human-body, mind, intellect, life, and soul. For the balanced and holistic development of personality, it was planned to include these five subjects in Vidya Bharati schools in the school curriculum.

The task of training the mind was to do music, so after intense thinking, work started on the music textbook and syllabus.

Students are given the opportunity to listen to high-quality melodious music on the school's public broadcasting system as per the following schedule : (A) 20-25 minutes before the school Vandana, (b) short recess time and (c) 15 minutes after the full recess. It was decided that (A) Music of devotional music (b) Patriotic music and (c) movement music should be played.

In this way, the plan of time for this Vandana should be planned and implemented.

3. The schedule for the 10 minutes given to the music, Vidya Bharati has published a book called 'Archan Vandan', which contains many lessons like morning remembrance, Ekatmata Stotra, couplets, chaupaiyans, Vande Mataram, etc.

4: Introduction to music and practice:

A textbook called 'Sa Re Ga Ma Pa Padhi Ni' was produced and it was decided that every school should have a music teacher and each class should be given two periods a week for music. What to teach, how to teach and how to evaluate - the complete music curriculum was produced and published in March 1993.

5. The syllabus covered the practice of two ‘ragas’ in each class from standard 6 to 12. In this way, Vidya Bharati Uttar Kshetra has done the work of recording a CD and publishing a book on patriotic songs based on these 14 ragas.

It was decided that every year different types of music competitions should be held starting from the inter-class level to the inter-district level and award the winners.

# Awakening of patriotic as well as ‘sattvic’ sentiments in the atmosphere of schools.

As a result, the direction of the life of the students is determined.

# Promotion of a positive attitude among all members of the school family.