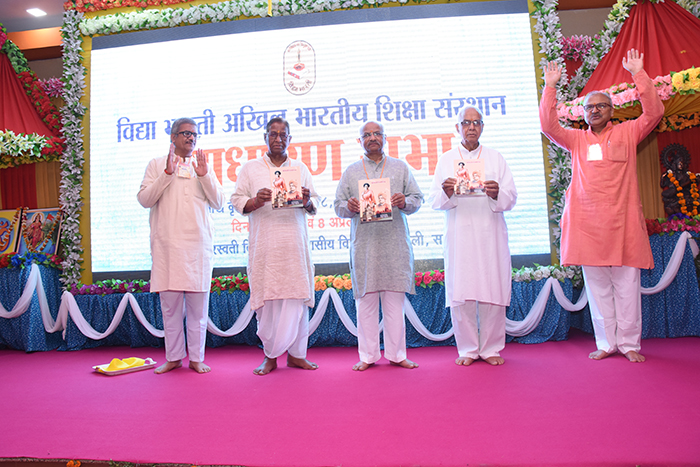 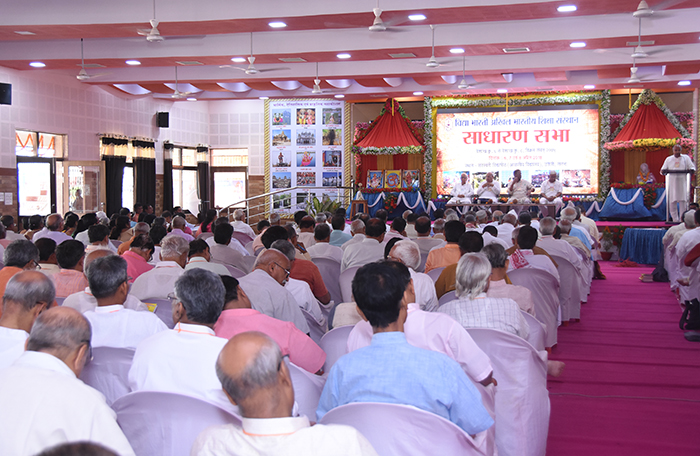 The Annual General Meeting of Vidya Bharati was held in Satna from the 6th to 8th April 2018. The meeting was held at the Saraswati Vidyapeeth Residential School in the Utaili area of Satna in Madhya Pradesh. 317 members from across the country participated in this three day meet. Participants included members from all states, from far-flung North East and Andaman and even Nepal.

These three days were a busy schedule for the participants. From morning, till evening 14 different sessions were held – some were common to all and some were area/subject wise.

Special attraction of the three days meet, were the several presentations made using PPTs and short films. Presentations on E-Pathshala and how Vidya Bharati schools are becoming ‘smart schools’ attracted the attention of all. Similarly a presentation on the alumni portal which is being developed; on Skill Development & Vidya Bharati’s role in this; on achievements by students in sports; on ‘Atal Tinkering Labs’ and how many of Vidya Bharati schools have been selected for this; on a survey in 26 states by 500 Vidya Bharati volunteers on ‘The State Of Women In Society’; on ‘System for Enrichment of School Quality’, and on some other relevant subjects were made.

The meet concluded with a thought provoking talk by Sri Sureshji Soni, the Sah-Sarkaryawah of RSS.

Some 150 local volunteers were seen managing the show for three days. The special feature in the management was the active involvement of alumni of Vidya Bharati.

It may be mentioned here that an Annual General Meeting of Vidya Bharati is held in the month of April regularly. Last year this meeting was held in Amritsar, Punjab.