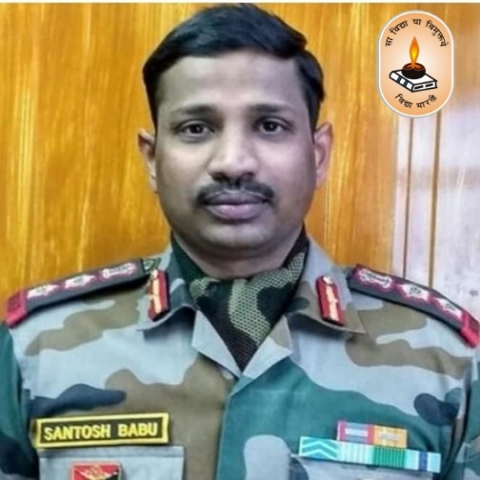 Vidya Bharati salutes the #bravery and sacrifice of Colonel B Santosh Babu for our motherland. May his soul rest in peace. #Jaihind #India

Colonel B Santosh,  the Commanding officer of the Army's 16 Bihar unit was killed during a violent clash between Indian and Chinese troops at Galwan Valley in Eastern Ladakh on Monday night. He had taken over his battalion only in December last year.

The ex-NDA cadet belonged to the 105 "November" squadron and was commissioned as an officer in December 2004.

The officer, who hailed from Telengaga's Suryapet district, is survived by his Delhi-based wife and two children.

We salute our brave soldiers.