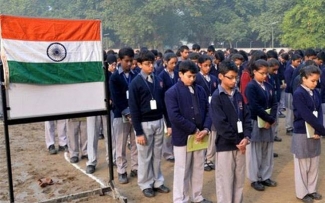 Ist batch to have 160 students
School to follow Central Board of Secondary Education syllabus; prospectus ‘ready’.

NEW DELHI: The Rashtriya Swayamsevak Sangh (RSS) is set to open an ‘Army’ school next year that will train children to become officers in the armed forces.
The school, which will be run by the RSS’ education wing Vidya Bharti, will be its first such initiative and will be named after former RSS sarsangchalak Rajendra Singh, alias Rajju Bhaiya.

The Rajju Bhaiya Sainik Vidya Mandir will come up in Shikarpur in UP’s Bulandshahar district, where the former RSS chief was born in 1922.

Construction of the residential school for boys is now on and it will follow the Central Board of Secondary Education syllabus. It will have students from Class VI to Class XII and classes will begin from April.
“This is an experiment we are doing for the first time in the country and the model can be replicated to other places in future,” says Ajay Goyal, regional convener of West UP and Uttarakhand for the Vidya Bharti Uchha Shiksha Sansthan. Vidya Bharti runs more than 20,000 schools across the country.

The prospectus for the first batch of students is almost ready and we will invite applications from next month,” Goyal, who is working on the education side of the project, told ET. “We will take 160 students for Class VI for the first batch.” Children of martyrs will get 56 seats under a reservation scheme.
Retired Army officers are expected to meet and offer suggestions for improvements in September.

“A number of Army officers across the country are in touch with RSS or affiliate organisations. The date of the meeting will be finalised within a week,” Goyal said.
The RSS has strongly advocated Army education and training at the school level. In fact, the Bhonsala Military School, founded in 1937 by BS Moonje in Nasik, is run on a similar model. Moonje was RSS founder KB Hedgewar’s mentor. Although RSS leaders attend events at the school, the organisation is not directly involved in running it; that is done by the Central Hindu Military Education Society.
“There is a lack of Army, Navy and Air Force officers in the country. The reason behind that is not many young people can match the eligibility criteria for the officers’ post. There is one Army School in each state which is not able to fulfill the demand of officers in the Indian forces,” reads the school brochure.
Construction, which is spread over 20,000 square metre donated by former Army man and farmer Rajpal Singh, began on August 24 last year. The land is now part of a newly created trust, Rajpal Singh Jankalyan Sewa Samiti. The school will have a three-storey building for academics, a three-storey hostel, a dispensary, residence for staff members and a large stadium. The estimated total cost is 40 crore.
“It’s an honour for the Meerut prant to have an Army school under Vidya Bharti,” said Ajay Mittal, RSS prant pracharak of Meerut. “The school will fulfill the dreams of children to serve the country as an army officer in the future.”