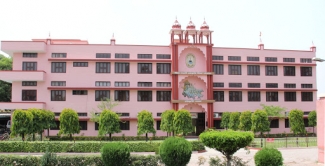 The main objective of the activities is to evolve an education system based on the ideals of Indian Culture and for that purpose it has undertaken the program to establish and manage educational institutions at different levels for the physical, mental, intellectual, spiritual, and moral development of the child to render help in different fields and publication of books, magazines, folders, etc. and activities are being conducted according to these objectives. A brief description of these activities are:-

For the extensive propagation of our culture, the publication of the books has been undertaken, wherein the various subjects like an eminent scientist of ancient India, mathematicians, the stories of great luminaries, Indian education, etc. have been compiled. With a view to providing good literature to the society our Institution is seeking collaboration with other publishers, and making available to the readers the worth-reading material, acquiring from these publishers and displaying in various book fairs organized it different places in the country. Along with this, a C. D. titled ‘Archna’ has been prepared to create a value-based atmosphere in the schools. The number of the publications of Vidya Bharati and also of others publication is given below:-

Books published by our Institution during this session:-

With a view to transmitting the glorious culture to the new generation, the scheme of conducting cultural awareness examination was started in 1980, for fourth to twelfth Classes. The constant increase in the number of examinees is clear proof of its popularity. This examination is being organized not only in Hindi but also being conducted in 12 Indian Languages including English, Punjabi, Assamese, and Telugu, etc. The detailed description of the total number of the students who participated in the examination in like this:-

With a view to making the teachers conversant with the various dimensions of the lofty ideals enshrined in ancient culture, this examination is conducted every year on all india level. In this the parents/guardians of the students also participate along with the teachers. In the year 1985, 3000 teachers took part in this examination conducted at three levels i. e. Praveshika, Madhyama, Uttama. Later on, a higher level of Prajna was also added. The detailed description of the teachers and the parents who participated in these examinations is like this:-

The booklet ‘Sanskriti Pravah’ is establishing lofty ideals in the students, with the purpose of establishing the moral values through the inspiring episodes of ancient saints and sages. This book is being recited in about 6000 schools location in slum areas (Sanskar Kendras) being run all over the country. In this session, the total number of 23,989 participants took part in this examination.

5. All India Essay Competition (For Students):

An essay competition is organized at all India level based on the important themes pertaining to sublime Indian spiritual culture, glorious history, the inspiring biographies of the luminous personalities and lofty traditions of his land, At school level this competition is organized in four categories viz. Shishu, Bal, Kishore and Tarun The topics of essays for the session 2018-2019 were prescribed as under: -

121 essays were selected from the essays received from 34 state Samities from all over India.

All India Essay Competition (For Teachers):

The essay writing competition for teachers is organized to generate interest of the teachers in self-study, original thinking. and reflection and creativity. During the session 2018-2019, 16+ essays were received from 35 state committees on the topic योगः कर्मसु कौशलमय् (The cessation of the modifications of Chitta is yoga.) After their evaluation 11 best essays were selected for the award, the prize money of which is like this:-

In order to make our students rich in multi-cultural talent, the Sansthan has established a Music Department in which regular classes of music are held for two hours daily. In this department, there is an arrangement for teaching classical Music, light vocal music, and instrumental music. The arrangement exists for imparting training in Harmonium, Casio, Guitar, Sitar, Table, Dholak, etc. This center is recognized by Prayag Sangeet Samiti Allahabad. During the session 2018-19, 45 students have taken the examination. A need is being felt for its further expansion.

With its objective that good literature of Vidya Bharati imbued with Bharatiya culture reaches the general population, the Sansthan is participating in all the book fairs organized all over the country, and make available its own literature as well as the literature acquired from the other co-operating institutions.

8. Various Educational Functions and seminars held in the Institution: